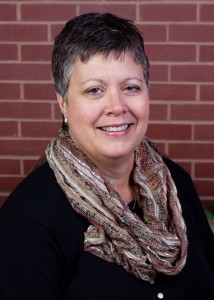 Ryan has spent over twenty years advocating for children and families.

“On behalf of the Board of Trustees, I am delighted to welcome Pam Ryan as the new executive director,” said Board Chair Josie Geiger. “Her experience, demonstrated leadership and reputation in the community are exactly what this organization needs.”

As executive director, Ryan will oversee the largest CASA program in the Commonwealth of Virginia, encompassing Prince William, Loudoun, Fauquier and Rappahannock counties. CASA-CIS provides services to almost 400 child victims of abuse and neglect each year through its volunteer, trained advocates.

“It’s an honor to join CASA-CIS; the work of this organization is needed more now than ever,” Ryan said. “As our communities grow, unfortunately, so do the cases that our advocates need to take. Ensuring that no child is overlooked requires an incredible amount of support, advocacy and awareness of our cause.”

Prior to joining NVFS, Pam worked for one of the nation’s leading advocacy organizations, the Food Research & Action Center (FRAC) in Washington, D.C., where she wrote grants and secured funding to support FRAC’s state initiatives tasked with the elimination of childhood hunger in the District of Columbia and in Maryland. She began her career in the non-profit sector as Director of Development at Western Fairfax Christian Ministries, a Northern Virginia non-profit focused on hunger and homelessness, after a lengthy career in the corporate world, including over ten years with IBM.

Ryan received her undergraduate degree from The Ohio State University, is an alum of Leadership Prince William’s Class of 2014, and the 2015 recipient of the Kathy Ellington Leadership Award for her role in the founding of the Greater Prince William Food Council, of which she is currently Board President.  Pam also serves on the board of the Manassas City Schools Education Foundation, and is a chairperson of the community based organization, Our Neighbor’s Child.

The CASA, Children’s Intervention Services (CIS) was started in 1994 in Prince William serving the 31st Judicial District.  In 2012, the 20th Judicial District was added; which includes Fauquier, Loudoun and Rappahannock to the service area.  CASA CIS has worked with more than 4,000 abused, neglected and abandoned children. CASA CIS is the largest CASA program in the Commonwealth. For more information, please visit www.casacis.org.

For further information please contact Josie Geiger, Chair of the Board of Trustees, at jgeiger@casacis.org.