CASA was started in 1977 in Seattle by Judge David Soukup as a way to involve the citizens of the community to act as an extra set of eyes and ears, watching over the safety and needs of child victims of abuse and neglect. Today, there are over 955 CASA programs nationwide, serving over 240,000 children through an estimated 75,000 CASA advocates. In Virginia there are 27 programs regulated by Virginia Code and the Department of Criminal Justice Services.

The CASA, Children’s Intervention Services (CIS) was started in 1994 in Prince William serving the 31st Judicial District. In 2012 the 20th Judicial District was added, which includes Fauquier, Loudoun and Rappahannock to the service area. CASA CIS is one of the largest CASA program in the Commonwealth of Virginia.

CASA CIS’ first class of Advocates was trained in 1994 and the first child was appointed a CASA in January of 1995. CASA CIS is a 501c(3), not-for-profit organization which is funded solely by grants, corporate gifts, community donations and fundraisers. CASA CIS serves over 300 abused, neglected and abandoned children each year. Since its inception, CASA CIS has served over 4,000 children.

TO PROTECT AND SERVE CHILDREN WHO ARE ABUSED, NEGLECTED ABANDONED AND ENDANGERED.

The mission of CASA Children’s Intervention Services is to advocate for the best interests of each abused and neglected child referred by Juvenile and Domestic Relations Courts serving Fauquier, Prince William, Rappahannock, and Warren counties; and the cities of Manassas and Manassas Park, through the promotion and support of quality volunteer representation.

We seek to ensure that each child’s needs are identified and addressed with the goal of living in a safe and permanent home.

CASA CIS Focuses on the CHILD

According to a 2007 audit by the U.S. Department of Justice, Office of the Inspector General, children who have a CASA advocate: 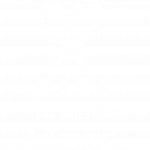 Serving Fauquier, Prince William, Rappahannock, and Warren counties, and the cities of Manassas and Manassas Park.

Send Us a Message

Our mission is to activate trained volunteers to help our community’s most vulnerable children thrive in safe, loving homes.